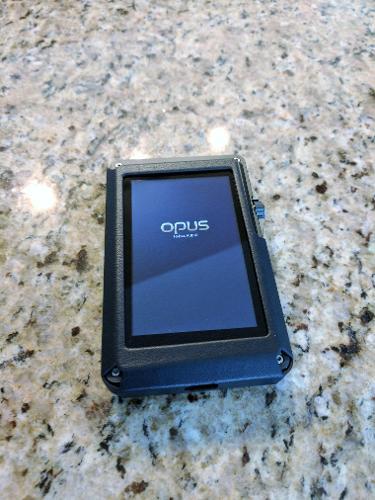 So, I did it. I broke down and purchased another high dollar DAP, high dollar to me anyway. I was smitten with the AK100ii/AK120ii line and I have become jaded. I actually flirted with a mid-priced DAP but I couldn’t forget the slightly warmish, clear, detailed sound of the AK. I have raised my bar with the AK and satisfaction has since been a distant remembrance as I no longer own it.

A new-found love entered my life and it is the Opus#2 by a company called theBit. I have had the Opus#2 for about three weeks now and I have been appreciating it more and more. There were a couple of others that have caught my eye, but the iBasso DX200 and Fiio X5lll have not been released long enough for me to want to take the plunge, but we will see with time.

I need to give props to Andrew at MusicTeck. He is so responsive and always willing to answer questions. He has a great lineup of equipment and is always looking to expand that lineup. Andrew is responsible for hooking me up with my new DAP, for a discount, for my honest opinion and review, below is that review. 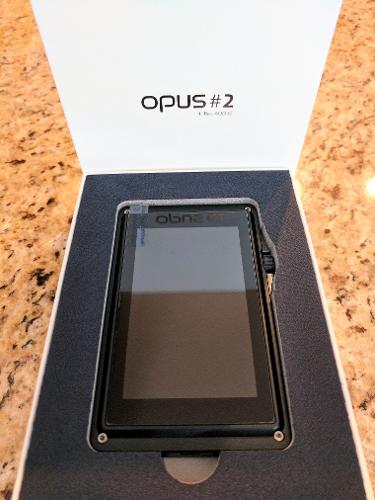 I was greeted by a rather plain yet elegant white box. When I saw the box something said you are in for a surprise, it was a feeling, my Spidey sense was tingling. 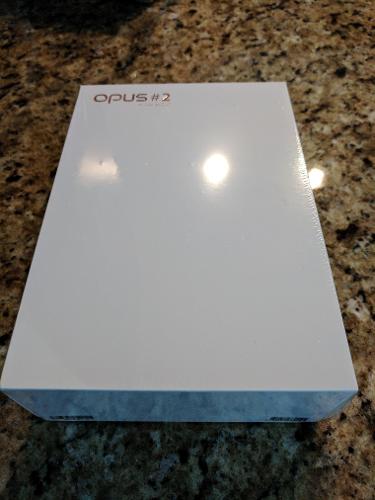 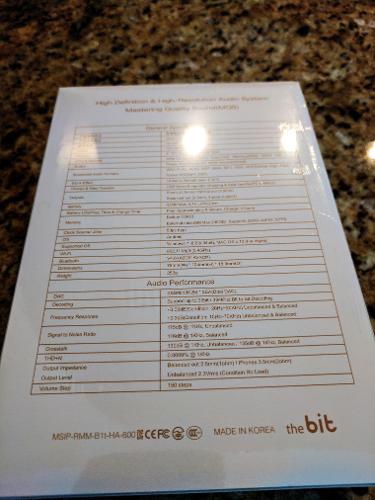 I opened the initial box to be welcomed by…. another box! Not too different from what we used to call Russian Nesting Dolls (Google it). 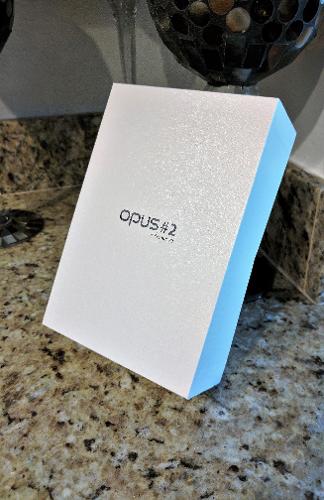 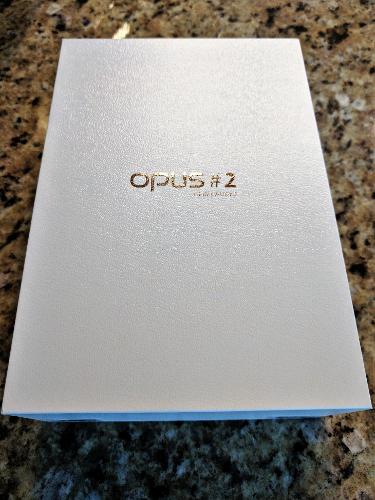 Seriously, I was impressed with the packaging and its simple understated elegance. Once you opened the final box, inside, protected in a foam cutout was an Opus#2. I must admit I was not struck by its sexiness, on the contrary, it had a certain utilitarian, get down to work look to me. 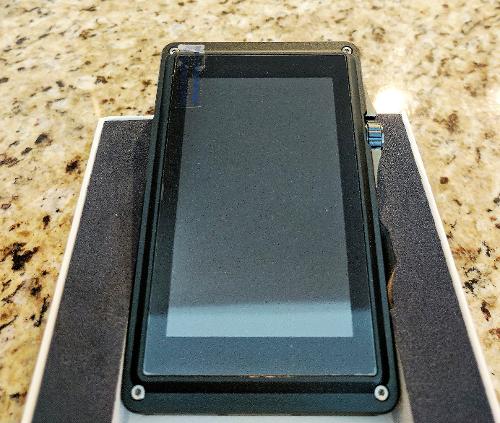 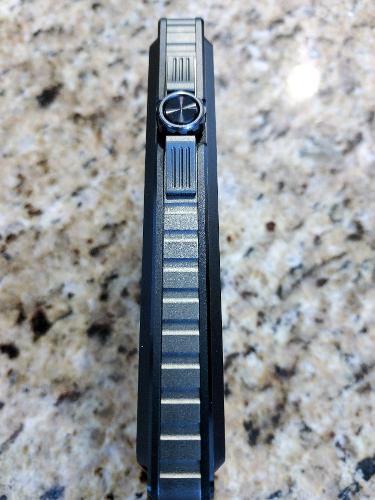 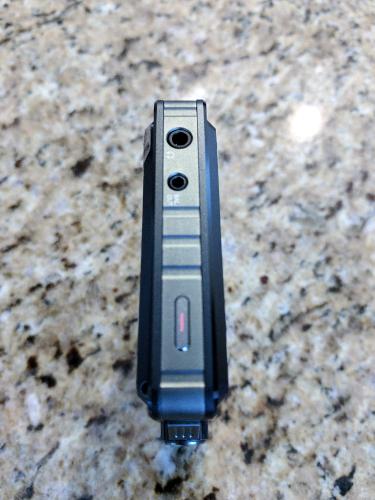 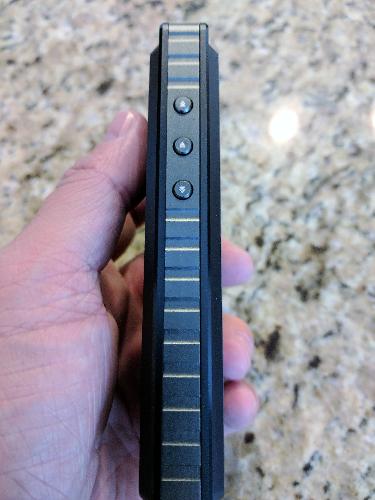 Underneath the Opus#2 you will find all accessories including a leather case and USB cable. 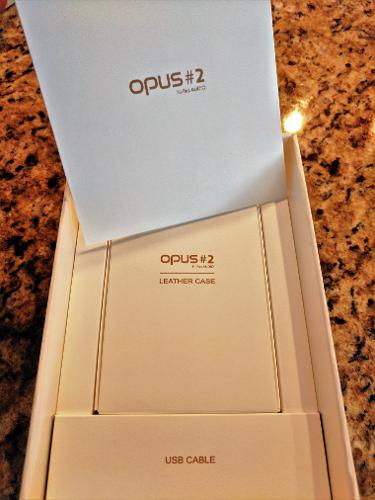 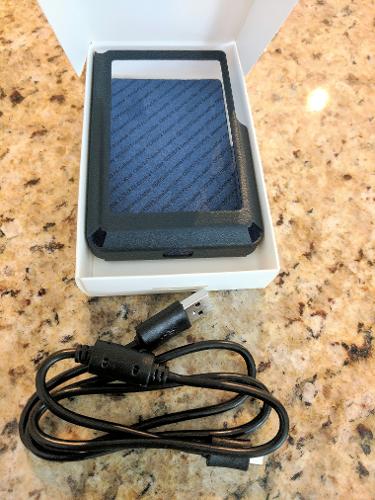 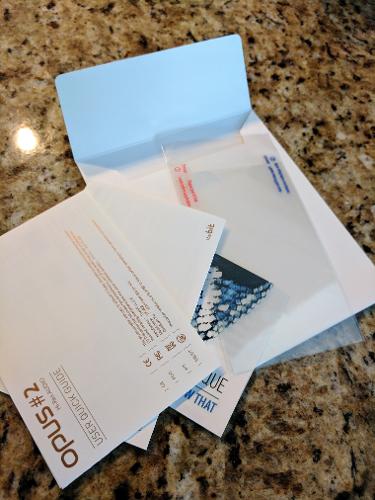 You can see the goodies included and aside from what you see there is an installed screen protector. I think adding a nice quality leather case is a great touch but it should be included in the cost of admission for the price paid. As a bonus, the fit of the case is as premium as the case itself. It is snug and fits like a glove. 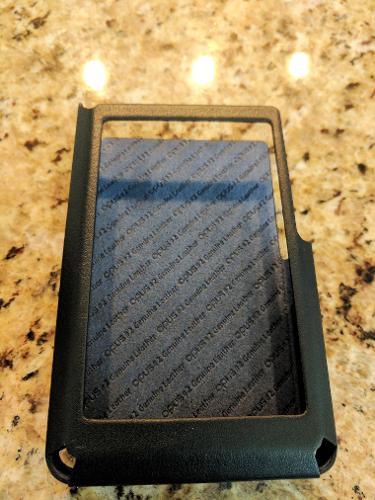 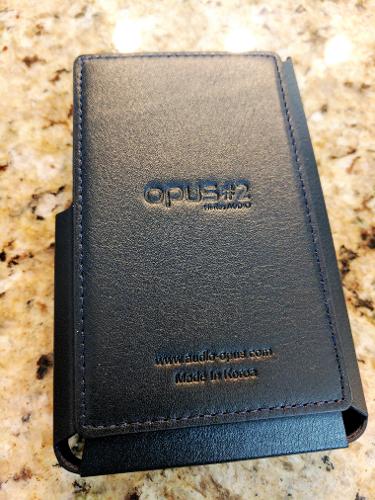 I baby my gear but I will always use a case on my devices, be it a cellphone or DAP, to protect them from scratches as I lay it on the table. While the Opus #2 is a substantial device in your hand it is not scratch proof. 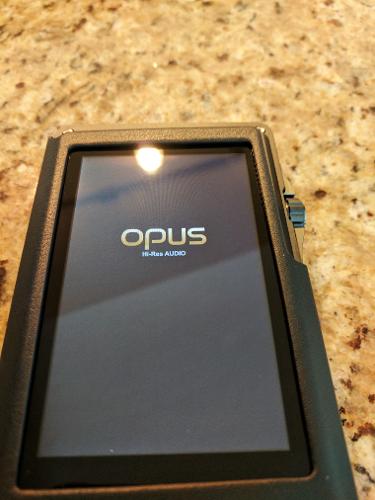 The DAP is hefty and heavy and it feels solid in your palm. It has a nice 4” size touch screen. If you have read my thoughts on the Cayin i5 you would know I had a love affair with the volume knob, it’s size and design was top notch. The Opus #2 does not have the same quality of volume knob but it performs its function and gives me no issue, however it is nothing special. I am just not a fan of feeling a lot of “play” in the volume knob and the Opus #2 has that “play” but it clicks nicely at volume change.

On the opposite side of the Opus #2 are the Next and Prev buttons and Play/Pause button. With the case on it is awkward to click the correct buttons without looking. On the bottom of the DAP there is a MicroUSB port and a microSD slot, which worked fine with my 256gb card although the slot is spec’d at 200gb. Internally it has 128gb of space built in. I did not test the OTG USB DAC connection but I have read other reviews that state it works. I had no problems connecting it to Windows 10 and using MTP to transfer files.

On the top side, there is the power button and a 3.5mm output and a 2.5mm TRRS balanced output. The 3.5mm output is also used as a Line Out when turned on inside the software. However, the 2.5mm output does not have to be turned on from the software as it is always on.

The unit has WiFi and Bluetooth and in the existing software configuration the WiFi’s main function as it sits is to update the firmware. While there is an Android base, it has been heavily modified, so there is no Google Play Store, which means you cannot  install third party apps including your favorite streaming apps, thus no Spotify, Tidal or Deezer etc. theBit has stated that they will allow streaming in the future I can only hope it is well executed. I actually like the fact that the DAP takes full advantage of what a DAP should do and that is focus on excellent sound quality. At this point it is a master at its craft and not a Jack-of-all trades.

The Opus #2 plays most of your favorite file formats including Native DSD. I put it through its paces listening to a varied selection of musical files and never had a hitch, stutter or lag while playing music, including Gapless. 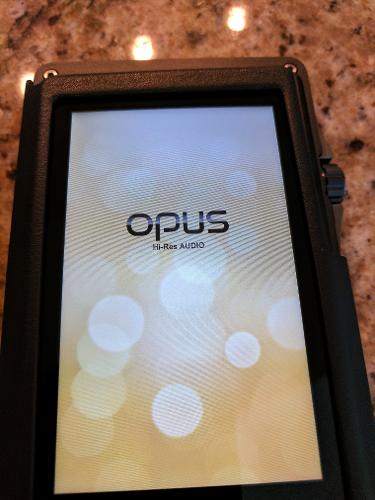 I am not going to take you on an in-depth tour of the GUI. That is too much detail and I get bored writing it as much as you do reading it. For the most part I use folders to select my music. I will say the GUI provides for a good consumer experience.

There are a couple things I would like to touch on. This is one of those devices that scans for music each time you turn it off and on. I despise that for obvious reasons the biggest being the time it takes, a real First World problem.

The great thing about the Opus #2 is the fact that it has an awesome sleep mode. You can stop your music and shut your screen off and it just trickles your battery so it is not necessary to turn off the device to conserve battery thus it solves the annoying search for music at each restart since you don’t need to restart. Another noteworthy feature is if you are a person that likes to EQ the Opus#2 has a 10 band that works very well. 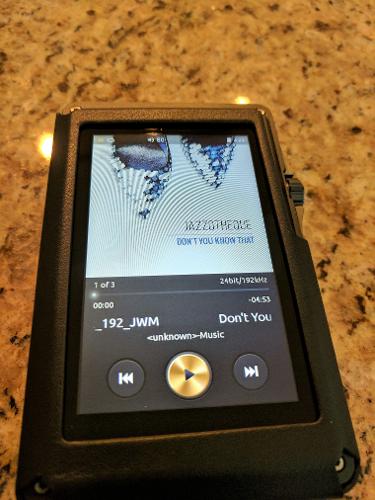 Let’s get to the good part…Sound:

Generally, reviewers will use descriptors such as warm, neutral, detail, spacious, transparent and dynamic range. I will tell you what I hear and what I feel pairs well and the types of sound signatures I feel match the best. Unfortunately, my Rhapsodio Solar are in Hong Kong being reshelled at the time of writing so I can’t write about that experience. I can, on the other hand write about the 64 Audio U12 and the Meze 99 Classics and how they pair with the Opus #2. I will say that so far, in my opinion the only DAP that has done the HD650 justice has been the Cayin i5 and it has the power of a bully. Nuff said!

I used my U12 with the B1 module and a OCC Silver Litz cable with a 3.5mm and a 2.5mm balanced output. If you know anything about the 64 Audio U12 it is a warm, bassy IEM. Stellar sound with some persistence. It takes patience and tweaking to hear the U12 in all of its finest splendor. Along with my cable and proper impedance the crowning touch would be the Opus #2 which because of its neutrality doesn’t increase the warmth of the IEM. I have found that when there is a balanced output is available I use balanced. I will say with the Opus #2 the sonics are great with either output but with the U12 I used the balanced output because I have a balanced cable. With the Meze 99 Classics I use 3.5mm. 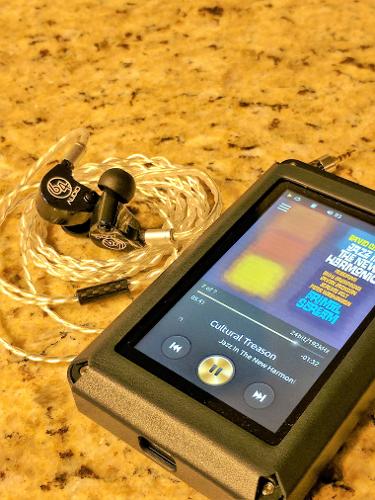 The Opus#2 delivers! It is neutral but doesn’t lack in body. It is obviously capable of making details pop because I have never heard my U12 sound as detailed as it does being powered by the Opus #2. There is a 32bit setting inside the DAP and I would recommend using it as it appears to offer a sharper, more crisp sound. The Opus #2 would not be classified as warm but it is smooth because of its tonality and body.  I think the clarity and detail retrieval in this DAP should not be confused with bright and clinical. The Meze pair equally as well but I have found that 99 Classics pair so well with many sources. The Opus #2 has the ability to pair and create a good synergy, in my opinion, with many types of headphones but excels with a warm, thick sound signature such as the U12 as it helps provide some clarity without adding to the coloration. The separation using this DAP is really good and wide. The noise floor is silent and I detected no hiss using either output. 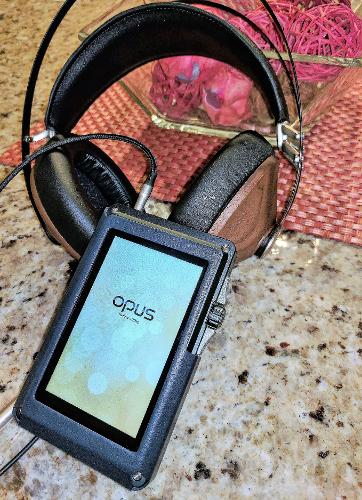 The Opus#2 is an awesome DAP. It has a little brother the Opus #1 which has been recognized for its sonic ability and lower price point. They also have a metal version of the Opus #1 which uses high end opamps and is said its sonics to be difficult to distinguish from the Opus #2. I cannot verify any of the above statements regarding the other’s in the Opus line as I jumped right in with both feet and bought the Opus#2.

I know that I have been harsh reviewing some DAP’s in the past and I gush about the AK’s but if I was asked if I could only have one DAP would I wish for my old, trusty AK120ii or the Opus #2? I can say without doubt the Opus#2 has set the new bar. Goodbye AK120ii. Hello Opus #2!